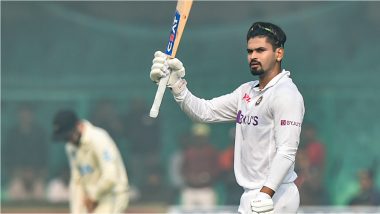 The first Test of the two-match series between India and New Zealand is being played at the Green Park Stadium in Kanpur. The game of the first session ended on the second day on Friday. India lost eight wickets for 339 runs. At lunch-break, Ravichandran Ashwin (34) and Umesh Yadav (4) were playing. Tim Southee from New Zealand has taken five wickets so far.

Mumbai School Reopen Update: Classes I to VII in Mumbai will start from 15th December instead of 1st; Decision on the background of...

Hindian focuses on the What, When, Who & How of a Govt Jobs, Exam Date, Results, and trending story with analysis that goes beyond the domain of news.